As a part of ‘Choreography in action’ at Charlottenborg we showed a condensed version of the activity already present in DANSEatelier: by practicing collectivity through feeding each other’s work as individual artists. By sharing pieces//fragments//examples from what we are working on, we deliberately allow each other’s contribution. In DANSEatelier we work next to, together and across each other’s physical and artistic pathways, allowing for contamination, mutation and transformation. 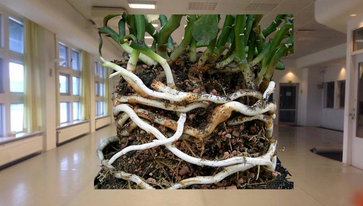 'DANSEatelier as the choreography of today

Imagine DANSEatelier as a choreography. As a series of actions and entities put in relation to each other. More or less aware of what it produce, look at it as if every choice, placement, aesthaetic and action is deliberate carved out in marble.

(And most of all look at what is produced, more than what we decided to structure it with. )

Then imagine today as a choreography. All the movements, emotions, sensations, formations and situations as the choreography called DANSEatelier.

Visualize and revisit these encounters, movements, needs, sensations and emotions, as if decided or directed to you. Or as if it was a choreography that you witnessed.

Once there were a group of 11 small horses gaiting together

Gait as the walk, the trot, the canter, the run

They were galloping in sync, parallel to and side by side each other

Horses in all colors - some in a constant change, others like rainbows gathered to run, to stand still, to listen, to observe.

The little horses lived far up north so they needed a warm place to run their run, in a run on the edge of gentrification.

They would move from place to place, when looking back seeing buildings being demolished behind them, searching for basements, empty offices, post industrial landscapes as a place to grow from.

If it was a stable, a running track or a farm they searched for they did not worry too much about

they were more focused on the places in between, a liquid space where they could swim together, contaminate each other, splash around and get washed.

The horses would be galloping free, but they needed a new frame to gallop within

They asked themself how they could decolonize their gait

They would look back on their history, their ancestors

They would track the tendencies of their gait

They invited other horses, ponies and unicorns in to run with them

Sometimes a horse, sometimes more than one, would be gone for months discovering other fields, other mountains, other creeks and then come back